No matter how much touch and gestures talk is around, the keyboard likely will continue to stay developer's best friend for a long time. My personal companion for serveral years has been the Logitech UltraX keyboard [1]. It sure isn't a high-end or premium model, but it suited my style of typing extremely well. It's not particularly durable either, at least not for someone who's using it several hours a day and likes to write both texts and code - in the last years I have worn out approximately one every year. They start to turn ugly quickly, because the silver color is rubbed off in only few months if not weeks, but technically they're robust enough to see all four seasons. At a price of less than 20€ this is something I was willing to accept. 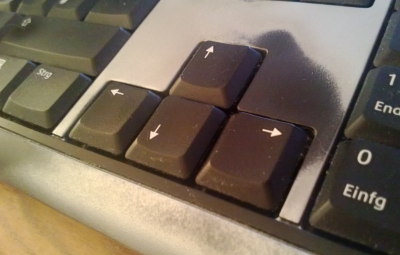 Time for a replacement? You tell me :)

When my current piece started to act up on me some time ago (usually it starts with subtly missing key strokes), my usual ritual of ordering a replacement was interrupted by the fact that apparently the model went out of production. Do'h! Time to move on and find a new best friend.

I've tried and looked at several other keyboards, and surprisingly enough it's quite hard to find a good one that satisfies my needs:

All this criteria doesn't leave much options. In the end, I decided to buy a Cherry G85-23100 ("eVolution STREAM XT") [2]. In my tests, its keys seemed to jam less often than with other keyboards, for example when you tilt-hit a key. 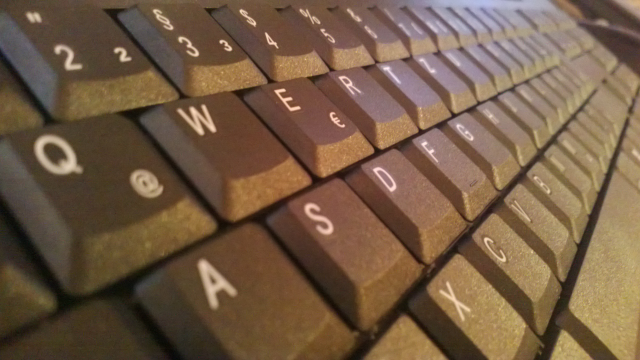 After writing a whole Windows Phone 8 article (due tomorrow), half a specification for a UI concept, some code and several emails on it in just a couple of days, here's my first thoughts:

One negative thing I noticed is that some keys not only make different noises (very little as I said, but still), they also have a slightly different feeling to them. For example, "4" is different from the key "5" next to it. I tried to record it if you're interested.

I guess this is the price for such a cheap keyboard (haha), because it's hardly more expensive than the UltraX. Dear manufacturers: I would pay double that amount if you decided to create a plain yet really high quality keyboard.

I hope this rather unusual post will be of any value to my readers if they are looking for keyboards and have the same preferences as I do.